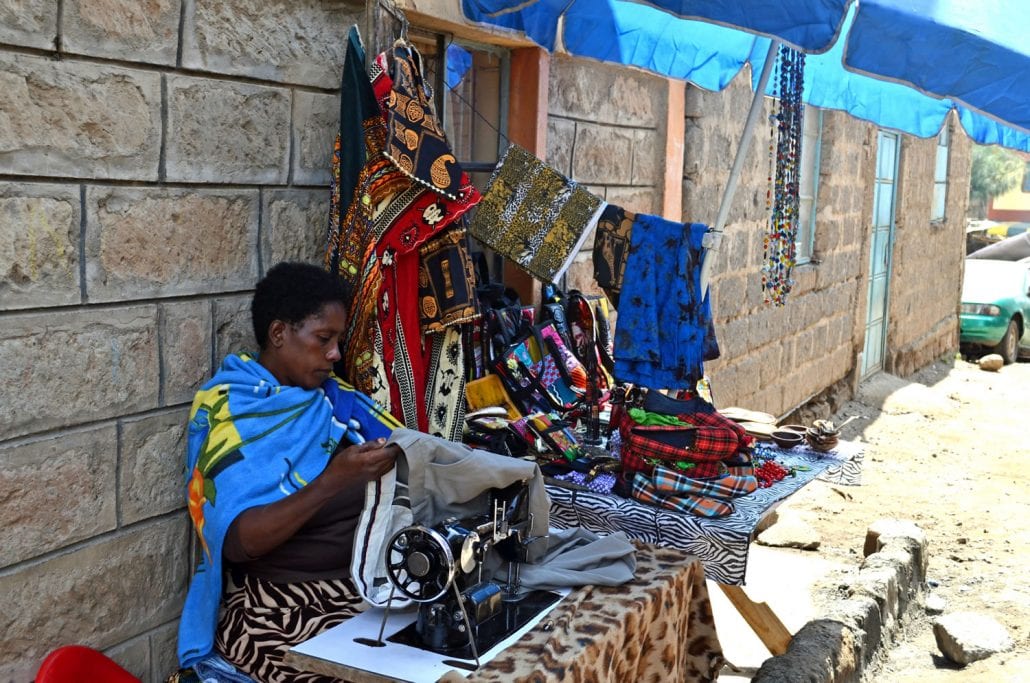 Getting pregnant at the age of 14 years and married off at just after completing class 8 was a nightmare for Susan Nyambura. Her mother decided it was better for her to get married than continue with school since she was pregnant. Susan and her family were living in Mathare slum and life was difficult for them. Nine months after Susan gave birth to her first-born child, her mother married her off to a man she did not know. She had to learn to cope with this strange man and this new journey of motherhood and marriage. Months into marriage, Susan’s husband began abusing her physically and emotionally. Her husband started drinking on a daily basis and sleeping with various women in the neighborhood. Susan bore three more children with her husband hoping the abuse would stop. However, things became worse and he would drink heavily and chase Susan and her children out of their home. There were times Susan would ask her children to go play at the neighbor’s house to get food to eat during dinner.

In 2002, when Susan was pregnant with her last-born daughter, she discovered she was HIV+. This was traumatic for her! Susan sunk into depression and she tried telling her husband about her status but it was in vain. The abuse worsened and Susan decided to walk away from the marriage. She went to her mother’s home for solace but her mum chased Susan away once the family discovered she was HIV+. Susan decided to begin a new life with her four children. She moved to a slum called Gituamba in Nairobi where she began paying rent of Kshs. 200 ($2) per month.  She worked as a casual laborer in the community trying to make ends meet.  In the year 2007, Pastor George, who lived in the community, introduced Susan to HEART and Vickie Winkler. This is when Susan joined the WEEP program. She was trained on tailoring skills while at the center and graduated from the WEEP program in 2011.

“I am now a woman; I can dress well, eat food daily and comfortably provide for my children. I am so grateful to HEART and Mama Vickie.”
Susan Nyambura – WEEP Mathare graduate 2011

Since she joined the WEEP program, her children have been educated through support from HEART donors. She proudly highlights two of her children are now working in Qatar and Dubai. She now lives in a house where she pays Kshs. 4,300 as rent and can comfortably fend for her younger children because of the skills she learned at HEART.

She has a shop outside a home where she tailors various items such as shoes, picnic blankets, dresses, etc. Her plan is to buy a piece of land and build a house of her own in two years’ time. She concluded by stating, “I am now a woman; I can dress well, eat food daily and comfortably provide for my children. I am so grateful to HEART and Mama Vickie.”

Only Educated Girl child in a family of 22 Children!
Scroll to top