Joash joined the HEART staff in 2009. He has rich experience in Housekeeping. He has been diligent to his work over the years. Joash earned his promotion to the current position as Deputy Lodge Manager. He is skilled in and excels in public relations with HEART’s guests and teams. Joash plans to achieve a degree in hospitality at the Kenya Utalii College. His favorite sport is rugby. He is married to Elizabeth Aliongo and a father of two children: Tatyana Aliongo and Leroy Aliongo. 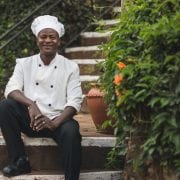 Bonface began working for HEART in April 2010 after hearing that it is a caring Christian organization. Originally from Ichina area in Kakamega town, he is married to Ann Auma and has three children: Praise, Christian and Prince.  Aside from cooking, Bonface enjoys playing football and watching television. “I like working for HEART because it has really changed my life…All of the HEART family (staff) plus guests are very kind and caring.” 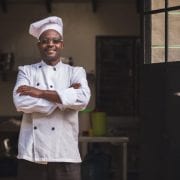 Charles Kahari, began working for HEART in January 2004 as a guard and gardener and  now works as Chef. Kahari lives in Limuru in Kiambu West with his wife Margaret Kanyi and four children: John, Patrick, Antony, and Simon.  In his spare time, Kahari enjoys walking in new places, meeting new friends and farming.  He also enjoys cooking and gardening which makes his heart very cheerful and full of joy. Kahari says working for HEART has been an answer to prayer. “The positive Christian environment and culture has kept me at HEART for many and hopefully many more.” 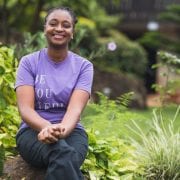 Anne is known not only for the delicious pastries she cooks for dinners at HEART, but her sweet and gentle spirit.  After being referred to HEART by Lake Nakuru Lodge, she began working for HEART in 2009.  Anne enjoys cooking, swimming, and singing, and often when one passes by the kitchen they are likely to hear her singing while cooking. Anne genuinely loves the Lord with her whole heart and appreciates working for HEART “because it is a Christian-based organization.”

Gladys began working for HEART in 2010 at the Freedom for Girls Packaging Centre. Later she expressed interest in the hospitality industry and was offered an opportunity to work at the HEART Lodge in 2014. She assists the chefs in preparing meals for the guests as well as housekeeping. In her spare time, she loves visiting children in children’s homes. She loves charity and believes that working at HEART is contributing to her passion. She is cheerful and interacts well with her colleagues and guests at the lodge. 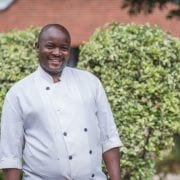 Simon began working for HEART in June 2010. Originally from Kakamega in western Kenya, Simon is married to Seliphia Mandu and has three children: Jason, Merce, and Diana.  Simon works hard in the kitchen to ensure HEART’s guests have delicious meals and often, along with the other kitchen staff, wakes up early and goes to bed late. Although shy at first, Simon has a light-hearted attitude and enjoys a good laugh. “HEART is a good place to be and learn more about God.” 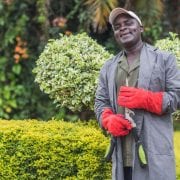 Richard began working for HEART in June 2007 after hearing about it through a HIV/AIDS prevention seminar which was held in Migori District in rural Kenya.  Born in Kisii and raised in Nakuru, Richard is now married to Phoebe Kerubo and has two adorable children: Jeniffer Tamara and Steve Misoka.  Richard enjoys watching movies and dancing, but his passion is helping the needy.  He loves working for HEART because “it is an organization which has changed the lives of many people, more so the WEEP women, who are HIV positive.” 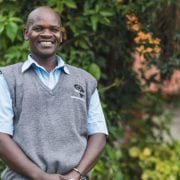 Gardener and Day and Night Guard

Charles Ochieng has been working for HEART since 2007.  Ochieng is a loving father to Judah.  It is not uncommon to find Ochieng working joyfully, singing praise hymns as he works hard to keep the HEART Lodge safe and beautiful.  Preaching is another special gift that Ochieng has, and all of the staff members look forward to the mornings that he leads devotions because of his passion for the Lor

Willy started working for HEART in the year 2014 as a security officer. Tanas lives with his wife Faridah and is blessed with 3 children. He enjoys spending time with his family, learning new things, watching scripts for updates, walking, traveling to new places, meeting new friends and running. He also enjoys farming. Being at HEART has developed Tanas in a Christian way as a result of the freedom to worship God. A place where the gospel is the most important thing. HEART is a blessing to Tanas.

John joined HEART in 2016 and he has experience in gatekeeping and housekeeping. He has been diligent in my work over the years; our guests at the Kisii Lodge often commend his delicious meals. He would like to enhance his skills by doing a course in catering. His favorite sport is football. He is married to Linet Nyaata and is a father of two children: Paul Otwori and Sylvia Kerubo.

Simon joined HEART in 2012 October. He has learnt many things through working with the wonderful staff and I love what the organization is doing in changing people’s lives. He is married to Nancy and we are blessed with four children; a daughter and three sons.

Innocent has enjoyed working with HEART since 2013. He has experience in gatekeeping and landscaping. Simon appreciates the work environment because it is peaceful and the staff is friendly. I have gained a lot of experience in how to relate with people both locals and internationals. He is married to Alice and God has given them six wonderful children.

Kenya Board of Trustees